Sunday saw the end of The Empty Shop project in Manchester Arndale. The charitable concept was an innovative take on the traditional clothing drive and asked the public to donate pre-loved clothes that will be given to those in need, distributed to other charities or sold to raise money for Mustard Tree to help fund our life changing training programmes.

From individuals to businesses, Mancunians showed their generosity over 10 days, with the shop collecting 7500 individual items of clothing from 265 different donors. The weight of all these clothes came to a staggering two tonnes. To put that into perspective, that’s a weight equivalent to a large hippo or a small elephant seal! 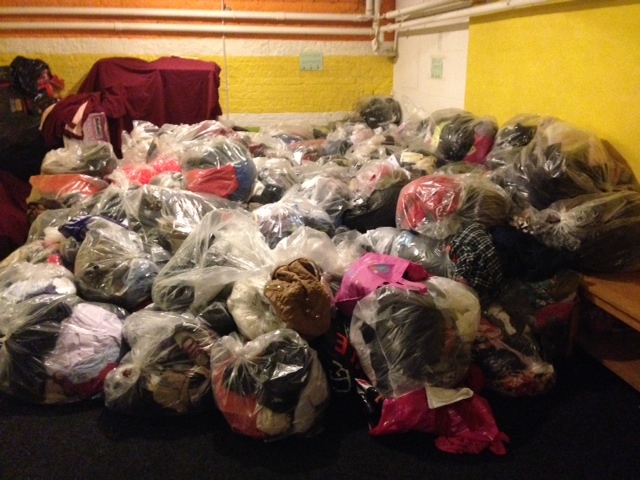 Guess Who Fashion PR, who were in charge of handling press and publicity, asked one brand a day to donate clothing to the shop. On the press launch, Manchester-based clothing brand AKA kicked things off by gifting 1000 items with a total retail value of £20,000. Simply Be and the Northern Quarter’s Menikmati were two more of the philanthropic businesses to take part in the clothing drive.

It wasn’t only those in the fashion world who donated clothing. Northwards Housing, a not-for-profit organisation that manages around 13,000 council homes in North Manchester, also donated a huge 30 bags of clothes.

After only five days, the response was overwhelming: 100 donors had come down and one tonne of clothing had been received. The photo wall quickly filled up with polaroids of the generous people who gave away their items. There was a team of helpers, including stylists who created the most eye-catching ensembles from the wealth of clothes. Fashion blogger and self-confessed ‘style enthusiast’ Laura McMahon lent her expertise, while FashionStylist.ME, a bespoke agency for fashion industry professionals, sent Gemma Harrison, Hannah Gabriel and Laura Sellers to style the mannequins. 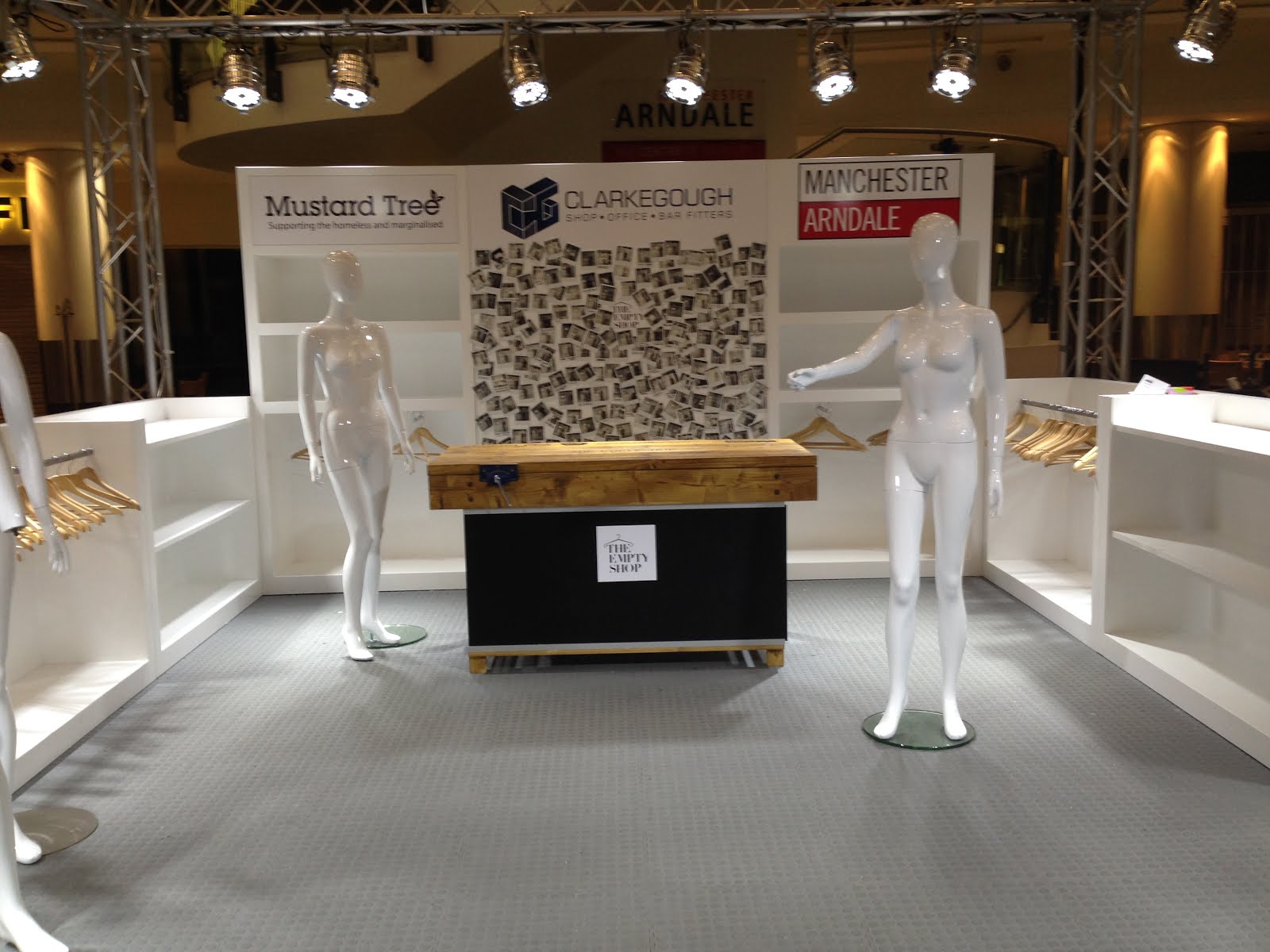 Terry Jones from Manchester City Council pointed out how augmenting the standard charity shop formula helped reach a wider audience: “It’s a fantastic idea. It captures a market that wouldn’t normally donate to charity. It’s high profile because of where it’s situated. It’s for a worthy cause.“ The Empty Shop’s aim is partly about increasing donations, but it is also a way of raising awareness of the issues face by the poor and homeless of Manchester and beyond.

Speaking for Mustard Tree, our very own Soraya said, “I was overwhelmed with the response we had from it and am humbled at Manchester’s generosity! I had such a brilliant time as I got to speak to people about the great work we do and reach people we wouldn’t normally have reached.” The project will, hopefully, have given more people an idea of the work that Mustard Tree does in the community and how necessary these types of organisations are.

One donor, Darren from EAT, was a former client of Mustard Tree and a shining example of how much of a difference charitable institutions can make. Darren, who used to be homeless but is now graduating through EAT’s Manager Programme, said: “I’m a trainer now and doing brilliantly. I go to the shop everyday! Donate every month! Mustard Tree helped me back on track. What happened to me proves that homelessness can happen to anyone, as the primary cause was losing my job.”

Without the dedication and help of Clarke Gough (who built the pop-up shop), Guess Who PR and Manchester Arndale, The Empty Shop couldn’t have achieved what it did. Mustard Tree is extremely grateful for all their hard work and of course, a huge thanks goes out to all the wonderful donors and volunteers who filled the shop and made it look great each day!

Next year, let’s try to smash the record set by the original Empty Shop in Sao Paulo – 3.2 tonnes. Thanks again to all those who made the very first Empty Shop a success. 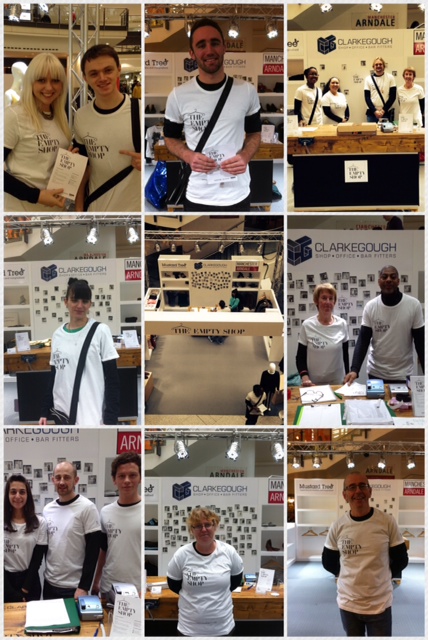 June 2022: Take on the Trafford Centre Abseil for Mustard Tree!

May 2022: Run the Manchester 10k or Half-Marathon for Mustard Tree